WHO acknowledges essential diagnostics for PIDs

Primary immunodeficiency (PID) diagnostic tests have been included in the World Health Organization (WHO)’s Essential Diagnostics List (EDL) published by WHO on July 9, 2019.
The inclusion of PID diagnostics tests follows a successful joint application by IPOPI and IUIS (International Union of Immunological Societies) which was supported by numerous other organisations and societies in the field.

This achievement is an important step in the international advocacy IPOPI leads to ensure awareness about PIDs, as this list provides “evidence-based guidance and set a reference for the development or update of national lists of essential in vitro diagnostic tests”. IPOPI through its work on this list hopes to facilitate the advocacy led by its national member organisations in collaboration with national experts to ensure that the diagnostics needed for PIDs are available at national level.

The diagnostics that have been recognised as essential for the diagnosis of PIDS by the WHO are the following: immunoglobulin plasma levels (IgA, IgM, IgG) to identify patients with low Ig levels and monitor replacement, lymphocyte subtype enumeration (CD4, CD8, CD20, NK (CD16/56)) to aid in the diagnosis of primary and secondary immunodeficiencies, HIV ½ antibody for the differential diagnosis of PIDs, complete blood count to detect a wide range of disorders amongst which PIDs.

The WHO published in 2018, for the first time, a compendium of what they considered “essential in vitro diagnostics”. Since the publication, IPOPI has been working with top level experts in the field to assess which diagnostic methods should be considered as essential for the diagnosis of PIDs. In collaboration with the IUIS, an application was submitted, first in September 2018 and then in November, and supported by the main scientific societies in the field of immunology as well as relevant stakeholders. the efforts resulted in the second edition of the WHO Essential Diagnostic List including the above-mentioned diagnostics. For the next edition, IPOPI has again partnered with IUIS and the team of experts to widen the number of diagnostics recognised as essential in the List.

IPOPI would like to thank, once again, all the experts that have actively contributed to the development of the application, as well as the supporting scientific societies and international stakeholders for their support in this campaign.

The inclusion of PIDs in the WHO EDL efficiently complements the WHO Essential Medicines List where immunoglobulin therapies are already included for the treatment of PIDs. 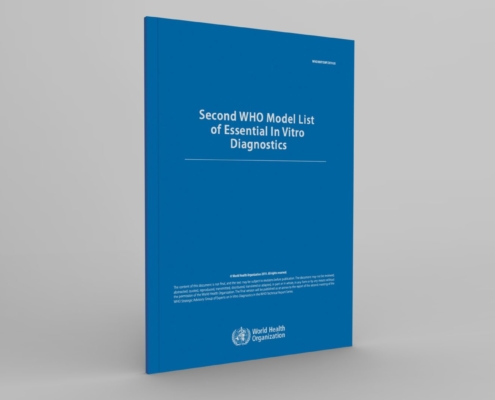