AIP onlus (Associazione Immunodeficienze Primitive) was born in Brescia in May 19th 1991 around a kitchen table when some patients, parents of patients and doctors met together. Form the very beginning AIP’s main aim was to become a national association in support of all Italian patients and families affected from primary immunodeficiencies (PIDs). This was possible through cooperation: with rare diseases groups, with physicians, supporters and with IPOPI.

Early days
Throughout the 1990’s AIP made significant progress, we became an associated member of IPOPI in 1994 and in 1995 started to have our periodically printed newsletter to better communicate with our members.
In 1997 we built our first internet website to improve our visibility and had our first national in person meeting with all our members. 1997 was a changing year for AIP and we became “onlus”, a special recognition that allows us to receive help from government and industries.
In 1999 AIP became partner of Telethon and were one of the founding members of Uniamo, the Italian federation for rare diseases.
Scientific contribution
With the help of our scientific board we wrote diagnostic and treatment protocols for PIDs aimed at providing guidelines to physicians with an interest on PIDs.
AIP has also produced informative booklets targeting PIDs patients and other members who do not have any scientific background.
In the late 90’s there were 39 medical centres taking care of PID patient and that led to the to the creation of a network of specialists called IPnet, to share information, experience with specific cases and protocols. Nowadays this network has 63 centres and has helped to significantly increase the quality of care provided to PID patients in Italy.
Main achievements
In Italy, health care is managed regionally which can be a barrier in terms of equal access to care. AIP is developing regional patient chapters to better help access, improve and level out the conditions for PID patients.
Every year we organise a meeting for patients and for physicians which is a great opportunity to get together and think about current and future projects.
AIP has successfully helped to ensure that patients on replacement therapy have access to both intravenous and subcutaneous IG treatments covered by the national health system and we are currently working hard to promote early diagnosis and to improve transition care (from paediatric to adult care).

In the pipeline
With the help of IPOPI, AIP is also currently conducting a political national and regional campaign for newborn screening for Severe Combined Immunodeficiency (SCID) campaign at the political level. The campaign’s aim is to introduce SCID on the national newborn screening programme and it started with a very successful meeting at the Italian Senate. Screening babies for SCIDs as early as possible is ideal as it allows for timely introduction of curative therapies to babies who would otherwise not survive beyond childhood due to their conditions. 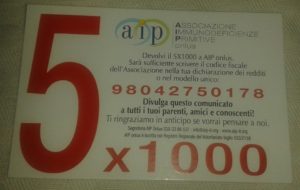 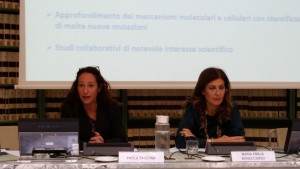