In April, researchers at St. Jude Children’s Research Hospital in the U.S. revealed some exciting study results related to gene therapy treatment options for X-linked Severe Combined Immunodeficiency (SCID), one of the most severe forms of PI. The gene therapy methodology examined in the study fully restored the immune system of all ten toddlers with X-linked SCID in the study group. In addition, there’s no indication that the children may develop leukemia, which has been a concern in the past for those who have undergone gene therapy. While the study size was fairly small and the patients who took part in the study need to be followed long term to make certain they remain healthy, this is some very promising news for the PI community not only in the U.S. but worldwide. Furthermore, the study results generated national and international media coverage related to SCID that will help raise awareness of this and other types of PI, including the US News & World Report article: “Gene Therapy Might Prove a Cure for Bubble Boy Disease.” As stated in the article, IDF President & CEO, John G. Boyle, said, “There is a lot of reason to be excited and hopeful for the future. The preliminary data is showing a much more complete reconstitution of the immune system than we’ve had with bone marrow transplantation. They are getting closer to that ‘holy grail’ of reconstitution for someone who has SCID.” IDF will continue to monitor research that helps advance the understanding and treatment of PI.

Moreover, on Tuesday 5th of March 2019, the U.S. Senate Committee on Health, Education, Labor and Pensions held a hearing to discuss the recent outbreak of preventable diseases and the need for vaccinations in the U.S. Community immunity, also known as herd immunity, is a pivotal issue for people with PI, and it was important that the PI community was represented at this hearing as IDF President & CEO John G. Boyle was invited to serve as one of five advisory board panelists.

He explained in his testimony, “The lives of hundreds of thousands of others who are immunocompromised [such as people with PI] depend upon herd immunity. We depend on vaccines. I understand the concern that some new parents have particularly given the misinformation on social media, but that fear can’t override facts. History has shown us that vaccines work. Science has shown us that vaccines are necessary. And mathematics has shown that the odds of children having a healthy life are magnitudes greater if they’ve had their vaccines.” Click here to view the full hearing and John’s complete testimony on behalf of individuals and families affected by PI. IDF is proud to lend a voice to our community’s interests when critical topics need to be addressed on local, national, and international levels. 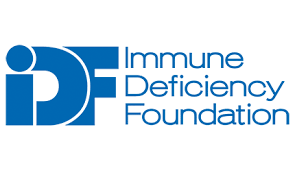