IPOPI at the 2nd Meeting of North African IG Experts

The 2nd meeting of North African IG Experts was organised in conjunction with the 11th Moroccan annual PID congress from December 6-8 at the Hassan II University in Casablanca. Prof Aziz Bousfiha and his team prepared the meeting and Prof Bousfiha himself had the chairing role. The joint meeting was very well attended by physicians from different Mahgrebian countries, from Sub-Saharian Africa, the Middle East, the US and Europe, and several medical students. ASID President, Prof Tandakha Dieye, from Senegal, and ARAPID President, Prof Fethi Mellouli, from Tunisia, were also in attendance. 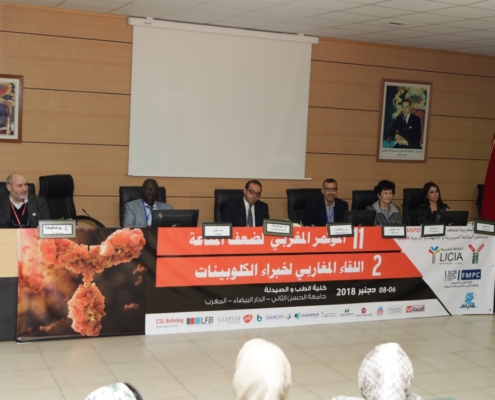 The congress had an intensive programme composed by different types of sessions. It began with medical workshops of level 1, 2 and 3 of the ‘A Project’, granting an African Certificate for PID Diagnosis and Management, and with a ‘Biological A Project’ on how flowcytometry can help in PID diagnosis. Both types of workshops were followed by discussion of successfull clinical cases and biological clinical cases’ sessions.

The lectures that followed focused on African PID related specificities like predisposition to bacteria, skin predisposition to viruses, complement deficiencies and autoimmune diseases, arguments for vaccination, and also PIDs revealed in adulthood, which shows the region has made progress in PID diagnosis.

IG therapy supply issues in remote areas
The meeting of IG experts was built around the question ‘What residual dose of IgG for the Maghreb population’. Prof Fethi Mellouli presented the results of a survey from Tunisia and after different lectures and audience comments, the conclusion was that if a minimum level is required, trough levels must be considered as a personal variable as a set value wouldn’t suit all patients. The presentation that followed went over subcutaneous IGs, while still not available in many countries of the region, it could be a way to facilitate home therapy of PID patients. Prof Rachida Boukari, from Algeria, a very large country, had an interesting presentation on the difficulties faced by patients living far from big cities to access replacement treatment. IPOPI provided patient global views on IG therapy, presenting data from the Principles of Care follow up survey that was released this year.
The next ASID-IPOPI-INGID meeting in Africa will take place on April 11-13, 2019, in Dakar, Senegal, under the appealing theme “Think PID in Africa and save lives”.

Martine Pergent honoured
As it is traditional in the region, the opening session is dedicated to someone the community wishes to honour. It was with great emotion and heartfelt gratitude that Mrs Martine Pergent, IPOPI’s president, was given tribute for her action in the region by Moroccan actress and film director Samia Akariou, godmother of Hajar (Moroccan Patient organisation), under the patronage of Prof Aziz Bousfiha and Mrs Maria Anebane, Vice-President of Hajar, and in the presence of the Dean of the faculty of medicine, PID patients and their families as well as the medical community in attendance.
IPOPI’s mission is to improve PID patients’ lives worldwide and we are proud to be part of the Moroccan and Maghrebian family. 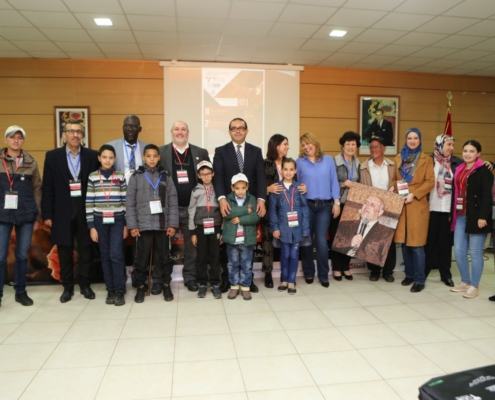 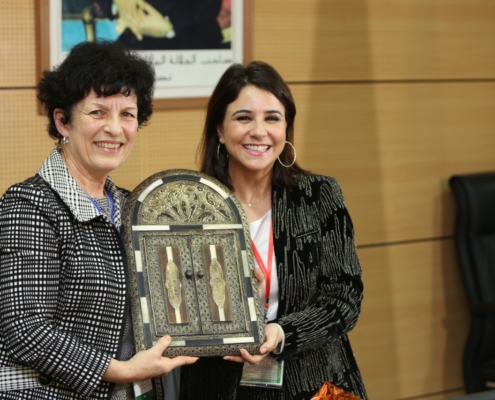