Germany – “You help me live”

In celebration of Rare Disease Day, dsai e.V., the German patient organisation for primary immunodeficiencies and Haema Blood Donation Service launched a campaign to raise awareness of the importance of plasma donations in the general public.

Our member Stephan Bierwirth who is a Common Variable Immunodeficiency (CVID) patient, was the campaign’s face. The poster and dsai information material were displayed in 35 Haema Blood Donation Service locations, all over Germany. The aim of the campaign is to better inform existing donors as well as potential new donors of what happens with their donated plasma.

Stephan thanked in person some longtime donors in the city of Hamm. 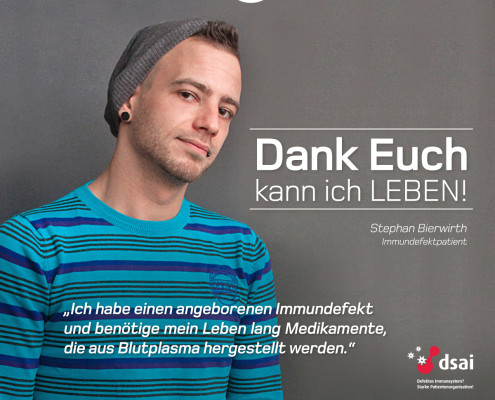