Rare Immune Disease (RID) from Ukraine is one of the newest IPOPI members. RID was in the making for five years since their first contact with IPOPI back in 2010 in the Biennial Meeting in Berlin. Two mothers of children with Primary Immunodefiencies (PIDs) were finally able to start a local association and used this year World Primary Immunodeficiencies Week campaign to start spreading awareness of PIDs in country.

The situation of PID patients in the Ukraine is currently very difficult. According to official Ministry of Health statistics, there are 2913 patients with PIDs, 730 of which are children. Only 95 children of those children are getting appropriate treatment through the national health care system, all others have to use  their own resources causing great financial burden for the families.
Galyna Pavuk, mother of a child with APECED (autoimmune polyendocrinopathy-candidiasis-ectodermal dystrophy) and Anna Tsytsenko, mother of child with CGD (chronic granulomatous disease) founded RID in November 2014 to improve PID patients’ conditions. RID’s aim is to protect and promote the observation of the rights and interests of those suffering with PIDs and to help maintain high professional standards of medical care. They are aligning strategies and working hard with national and regional authorities in order to achieve it.
WPIW 2015
During WPIW RID organised a roundtable meeting with public health officials, immunologists and diagnostic laboratories representatives. The main questions during the discussion were focused on the issues of lack of diagnosis and treatment of primary immunodeficiencies patients.

With the support of IPOPI and JMF, RID participated for the first time in the WPIW celebration. In Ukraine it was crucial to raise awareness of the general public about PIDs and to understand the difference between PID and AIDS (acquired immune deficiency syndrome). Patients with PID are lashed and discriminated. Many adult patients hide their diagnosis and young children are refused entry to kindergartens and schools.  RID put together an educational campaign with posters placed on the subway and on bus stations in different cities. Support and solidarity towards PID patients was shown by joining the global balloon launch.

Earlier this year, in March, RID joined forces with the Association of Parents of Children with phenylketonuria and held a charity event called ‘Ray of Joy’ for children who have a disability caused by another health reason. This is a great opportunity to share experiences and to get to know one another after the watching a version of the musical “Peter Pan” performed by young artists from “Eco Art” theatre studio.

Medical information
To promote medical awareness of PIDs and to make information more accessible we translated the WHO Classification of PID (2014) into Ukrainian in cooperation with partner immunologists and recently we designed informational posters and booklets about immune system and specific conditions (CGD and CVID).
Find us online: 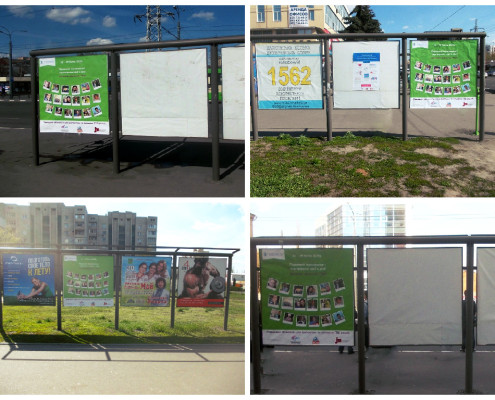