This was a very special meeting as 10 years of working together were celebrated.
The morning started with a new 2016-2019 PCWP mandate consisting of 20 organisations highlighting the fact that this PCWP group is consulted by the EMA Scientific committees and other working parties on a range of topics. In September two new co-chairs have been elected for a three-year period, one of which, Mr Yann Le Cam represents patients with rare diseases in Europe. One co-chair is nominated by the EMA and the other elected from the PCWP members and alternates.

IPOPI has been collaborating with the EMA since 2006 and IPOPI was amongst the founding organisations of the PCWP.

PRIME (PRIority MEdicines): EMA initiative to strengthen support to medicines that target an unmet medical need
Support for patient focused innovation to ensure access to new medicines, greater collaboration across the network and regulatory incentives in certain areas of public health need. Since the launch on March 7, 37 applications have been received, 35 have started, 16 of which for orphan medication. The involvement of the EMA makes this a very expensive procedure, but due to cross-committee collaboration there has been early dialogue with the relevant stakeholders to create a development program, resulting in eligibility of the first four products, for therapeutic areas of Oncology, Immunology-Rheumatology-Transplantation, Neurology, Haematology-haemostaseology.

EMA 10th anniversary of its Patient and Consumer Working Party
Next on the agenda were the events to mark the 10th anniversary. Apart from a lovely cake there was the opportunity to record a short personal message plus photos with the original group members. Participants were invited to join a reception after the meeting.
In the upcoming November meeting, the eligible organisations will have access to all the photos, videos and written contributions. Articles such as the joint learning from the EMA and the FDA (US Food and Drug Administration) will also be available.

The afternoon session was a look at how the interaction between patients/consumers and the EMA had changed over the last ten years.  Clear measurable results had been achieved. In fact, it was beyond all expectations but participants agree there is still a lot to do and to strive for even more collaboration.
Three past co-chairs, Nikos Dedes, Lise Murphy and David Haerry, spoke about their experiences from 2006-2016 and the changing environment from very little patient/consumer involvement to the current collaboration.
The meeting was concluded with presentations by Prof Guido Rasi, Executive Director of the EMA, and Noel Wathion, Deputy Executive Director.

Access to documents/publications
The EMA has been advocating for the open access to medicines data for years, especially since 2014, where it started proactively publishing clinical data and including lay language summaries. In May 2016, the EMA published “the guide to information on human medicines evaluated by the EMA” to further strengthen public access to medicines information. 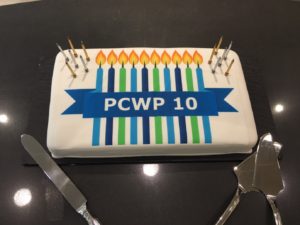 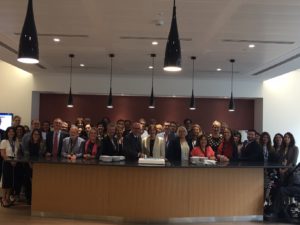