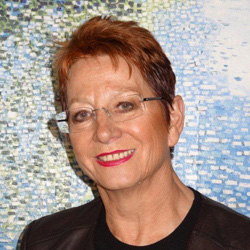 IPIC2017, the 3rd International Primary Immunodeficiencies Congress, is only four months away and I would like to start this editorial by drawing your attention to the fact that we are extending our early bird registration deadline. So if you haven’t seized the opportunity to register at a discounted rate, now is the time to do so! With more supporting organisations and corporate partners than ever before, we look forward to a successful and exciting third edition of IPIC on 8-10 November 2017 in Dubai!

In my last editorial, I promised you that you would hear about primary immunodeficiencies (PIDs) in the weeks and months to come, and so IPOPI has been relentlessly working with its NMOs in all regions of the world to raise awareness about PIDs.  From Zambia, where we organised a very successful regional patients’ meeting and launched a regional Call to Action in collaboration with the African Society for Immunodeficiencies (ASID), to  Jakarta in Indonesia  where IPOPI held a highly successful event bringing together patients, families and over 170 clinicians; to Latin America, Europe or Australia and many other places where our NMOs were celebrating World PI Week with a range of campaigns and events, I do hope that you did indeed hear about PIDs!

Just in the last few days two key IPOPI events took place with an aim to proactively advocate for two key PID patient priorities. On June 20 a Severe Combined Immunodeficiency (SCID) Newborn Screening (NBS) event organised by IPOPI in collaboration with our UK NMO (PIDUK), the British Society for Immunology (BSI) and the International Society for Neonatal Screening (ISNS), was held in the United Kingdom at the Parliament in Westminster, London, to call for the implementation of SCID Newborn screening nationwide. A Call for Action supported by Members of the Parliament as well as patients, families and key stakeholders in the PID and neonatal screening field was sent to the UK Newborn screening committee. IPOPI has continuously been advocating for the implementation of SCID NBS in Europe, and whilst progress has been slower than in the US due to differences in health systems across Member States, our joint campaigns are paying off with several pilots and assessment procedures ongoing which will undoubtedly result in SCID being added to national NBS panels across the region.
Another IPOPI event, our 9th PID Forum, was organised at the European Parliament two days later. This time the Forum focused on a very important issue which is “Growing older with PID: transition of care and ageing”. Since there is increasingly more knowledge and awareness about PIDs and other rare diseases, more attention must be paid to specific stages in life where support is key in ensuring the well-being of the patient, such as during the adolescence and early adulthood and the later stage in life. However, significant discrepancies are being observed between countries. The event was very successful and with the help of several Members of the European Parliament, a number of specific recommendations were endorsed and will be proactively used in months and years to come to implement appropriate national policies and frameworks on this important topic.

I was also delighted to attend the regional Nordic PID patients’ meeting organised in Helsinki and supported by IPOPI. Delegates from Finland, Norway, Sweden, Denmark, Iceland and Estonia came together to exchange views, learn from each other and forge future collaboration plans through a series of workshops and educational sessions. IPOPI was also in attendance at the World Health Organisation’s World Health Assembly and actively participated in a workshop on “Safeguarding Blood Safety for the Multi-Transfused patients” held on May 26 in Geneva. Martine Pergent, IPOPI Vice President, gave a presentation on “Blood Safety from Plasma Users’ Perspective” highlighting the important need to differentiate between policies applying to blood and labile blood products for transfusion and those applying to plasma and stable plasma derived medicinal products such as immunoglobulin therapies. IPOPI was delighted to collaborate with other patient communities including Haemophilia and Thalassaemia.

I would like to close this editorial by paying tribute to Dr Cesar Perez Maldonado who, sadly, recently passed away. We will remember Cesar as a leading figure in the PID Latin American community and in particular in his country, Venezuela, where, in 2010, he started a working group formed by doctors, laboratory technicians, lawyers and entrepreneurs who dedicated themselves to inform, help, diagnose and treat people living with a primary immunodeficiency in Venezuela. Cesar always worked closely with the Venezuelan PID patient organisation and in fact was at the origin of its launch. Our thoughts are with his family and the PID patients of Venezuela.

Wishing you all a great summer or winter depending on where you live and hoping you will enjoy reading this newsletter,